Semantically, Students and Learners Are Not Synonymous 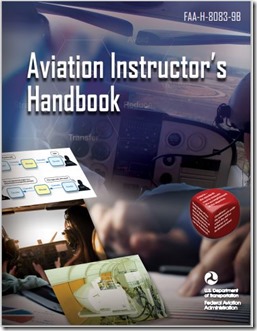 The AOPA online headline about the 2020 update of the Aviation Instructor’s Handbook immediately captured my attention because – What’s Behind the FAA’s Switch from Student to Learner? – signaled an inversion of educational intent.

Looking for an answer, the author, Dan Namowitz, asked Chris Cooper, AOPA’s director of regulatory affairs who’s on the FAA work group that focuses on training and testing initiatives.

The FAA changed its nouns to address a socially self-inflicted problem that contributes to diminished learning—status. “The change from student to learner started several years ago in an industry working group,” Cooper said. “Industry wanted to get away from using the word ‘student’ because traditionally we think of student as in ‘student pilot’ or a beginning student pilot/mechanic.”

After two years of debate, which included options that included “pilot-in-training,” the FAA went with a term some school systems and institutions of higher learning use for their enrollees—“learner”—an academic buzzword that implies “the concept of lifelong learning.” In addition, Cooper said the new nouns would appear in other handbooks as the FAA updates them.

Becoming knowledgeable and proficient in any aviation arena is a daunting enough challenge without complicating it with a new lexicon that replaces long established words that communicates their meaning clearly, concisely, and simply.

In the Fifth Edition of Webster’s New World College Dictionary, the transitive form, to “learn” is “to get knowledge of (a subject) or skill in (an art, trade, etc.) by study, experience, instruction, etc.” In other words, it is the action employed by the noun, student, who is “a person who studies, or investigates” something.

The implied status of the word student is a consequence of individual semantics. To me, student is a badge of honor that one must earn by every day effort. It defines those who are so curious about a given topic that they will pursue every scrap of information, no matter how tangentially related. Like ingredients of knowledge, they all go into their cranial pantry, ready to use in a recipe for a new idea. A teacher takes the next step. The best teachers are students who share what they have learned with those who share a similar curiosity.

But that is not how education has worked in America for the past 30 odd years, when test results became more important than one generation imparting its acquired knowledge to the next generation. This testing transformation turned classroom teachers into presenters who had 180 days to prepare their charges to take the test that would satisfy the demands of their overseeing bureaucrats and elected officials.

This leaves no time to present anything more than the information needed to take the test. If a member of the class has a question related to the subject being presented, there’s no time for a curiosity-satisfying educational tangent (unless you were, like me, a substitute teacher). The goal for those enrolled is consume and regurgitate a prescribed compendium of skills and facts to pass the tests associated with that list. Aviation is no different. 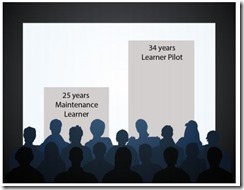 Another consequence this fire hose education philosophy of rote learning of the facts, figures, and skills needed to pass a test is that “learners” are conditioned to automatically accept and believe what those in a position of authority tell them. As with educational tangents, there is no time for critical thinking and the questions its generates. [This may be one reason politicians pursue testing as a primary measurement, because people are easier to lead (and deceive) when they only believe what someone they hold as trustworthy tells them something.]

Oddly, it surprised me that Chapter 2: Human Behavior of the 2020 instructor’s handbook accurately described today’s “adult learners,” who are products of the American education system as goal-oriented 30-somethings with short attention spans and the desire for immediate gratification.

The FAA didn’t use those words, but the handbook described learners primarily interested in the skills, facts, and figures they need to pass a test than acquiring knowledge, and understanding how to use it. The first two paragraphs of Chapter 3: The Learning Process describes the hypothetical first flight of a learner who focuses on performing the demonstrated skill step-by-step. Later in training, if the instructor asks this learner “a question or to perform two tasks as once,” the learner loses their place and must restart from the beginning.

Under the subhead The Check Ride, the next two paragraphs say this learner has become “a different person.” The learner “does not simply reiterate facts—she applies her knowledge to solve the problems” the instructor presents. This foreshadows the forthcoming discussion that includes the basic levels of learning – Rote, Understanding, Application, and Correlation – 15 pages later.

What this educational theory presentation does address is whether the curriculum prescribes “problems” at certain points of training (Lesson four, engine failure), or whether the instructor has the ability to recognize a potential problem (say, flying a very wide traffic pattern) and the instructional freedom to safely create a learning experience that addresses it (like an engine failure)?

This situation is not new; rote learning has always been the Achilles heel of aviation education. The problem remains the same; only the words that define the participants have changed.

Regardless of the semantic terms, the Boeing 737 Max debacle is the perfect example of difference between students and learners. The consensus of what I’ve read about this sad situation says that learners accepted what the manufacturer and training center instructors told them about this airplane and its systems. To date, I haven’t heard of any student, driven by curiosity, to invest the time and effort to dig into the technical details before the loss of life brought it to everyone’s attention. And this is, perhaps, the prime example of why aviation needs more students than learners. –Scott Spangler, Editor


This entry was posted

on Monday, July 13th, 2020 at 8:00 am and is filed under Airline Pilot, Aviation Education, Aviation History, Education, FAA.
You can follow any responses to this entry through the RSS 2.0 feed.

You can leave a response, or trackback from your own site.